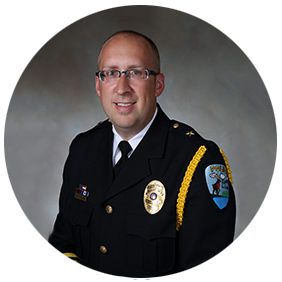 Police Chief Michael Meeusen joined the Elkhart Lake Police Department on May 16, 2006 as a part time officer, and shortly thereafter was promoted to full time after the retirement of Officer Bill Klaetsch. Chief Meeusen was named Chief of Police in September of 2012 after Chief Randy Boeldt announced his retirement in early 2012 after 22 1/2 years of service. While working as a patrol officer, Chief Meeusen was a member of the Sheboygan County SWAT team as a tactical medic, and also was in charge of the department’s boat patrol unit.

Chief Meeusen graduated from Cedar Grove-Belgium High School in 2003 and continued his education at Fox Valley Technical College graduating in 2005 with an Associate’s Degree in criminal justice. He then continued his education at Concordia University Wisconsin where he pursued a degree in Justice and Public Policy graduating with a Bachelor’s Degree in 2007. After a short break from school he attended the University of Wisconsin-Platteville graduating in December 2011 with his Master of Science degree in Criminal Justice Management. Chief Meeusen is also a 2022 graduate of the Wisconsin Law Enforcement Command College Session #8.

If you have questions or concerns please contact Chief Meeusen. He works Monday – Friday starting at 7:00 am. 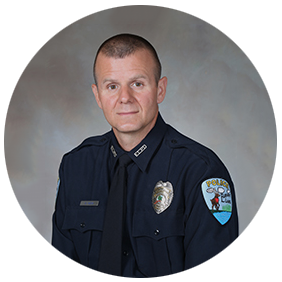 Investigator Niemi is currently our School Liaison Officer. He spends Wednesdays in the Middle School and Thursdays in the High School. While performing his liaison duties in the Middle School, he serves as a DARE instructor to all 5th grade students. Likewise, all matters relating to juvenile activity are referred to Officer Niemi for investigation. Scott currently resides in the area with his family. 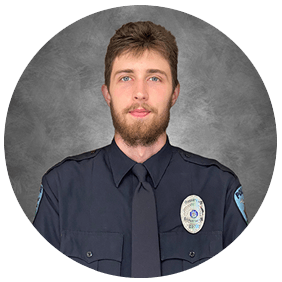 Officer Travis Auch joined the Elkhart Lake Police Department in May of 2018 as a part-time officer before being hired full-time in July of 2019.

Travis is a graduate of Lakeshore Technical College, holding an associate degree in Criminal Justice. Officer Auch is currently the departments evidence technician and in charge of the water patrol unit. Officer Auch is also a state certified EMT and works with local first responders, responding to EMS calls while on patrol. 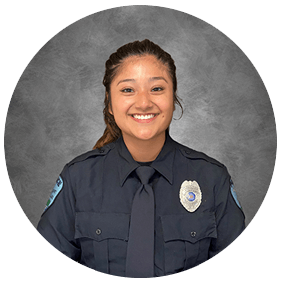 Officer Brenda Garcia joined the Elkhart Lake Police Department in May of 2021 and currently works the evening shift.

Brenda is a graduate of Lakeshore Technical College, holding an associate degree in Criminal Justice and is currently attending UW Green Bay for her Bachelor’s Degree. Officer Garcia is also a state certified Emergency Medical Responder and works with local first responders, responding to EMS calls while on patrol. 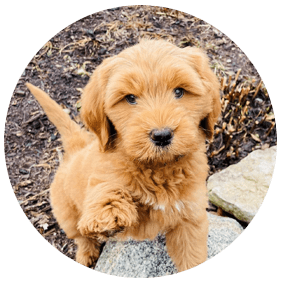 The Elkhart Lake Police Department received Copper as a donation from Blueberry Cottage Labradoodles in the Spring of 2022. This is the first therapy dog in the Sheboygan County area and will allow the department to better serve the citizens and students in the Elkhart Lake area. Learn more about Copper and the program on our Comfort K-9 page.